I haven't written a review in a while, and since I just received my new phone it seemed like a good idea. At the very least I can see how difficult it is to write a review using mostly voice transcription.

First, I was surprised to get an invitation at all. The invitation system said I was 800,000th in line. Luckily, I eat breakfast about the time that the social media person at 1 + tweets their social media contest. I was able to submit one within the first 3 minutes. I purchased the new OnePlus Two phone, and received it within a week. This was a pleasant surprise, as I expected it to take a while, as the company has a just-in-time manufacturing philosophy.

The phone arrived via US postal mail. The package was tiny but well constructed. It contained only a phone and a cable and a plug. The setup was fairly standard. And I was able to connect it to my home Wi-Fi effortlessly. I had to go to AT&T to get a new nano SIM, as my old galaxy 3 note from Samsung used a micro-sim. Since I travel to Europe frequently, the ability to use a second sim will be very helpful. 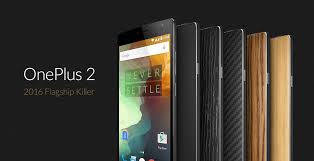 The OnePlus Two phone is very well constructed. It feels solid in the hands. But having a galaxy note 3 with 3 extended life batteries in a Zerolemon case makes it seem kind of small. But it is extremely responsive. It is fast using the Microsoft apps, as well as Evernote, where I do must of my writing It also seems to play video reasonably fast as well. There is a little bit of trouble with my Wi-Fi at home, I have an odd set up, including a range extender which can sometimes confuse Samsung phones. This phone seems to be confused as well when travling between different parts of the house.

The screen is well lit, and bright as one would expect it to be. I will speak more battery life later, but my day one experience is that it is sufficient to handle fairly rigorous use for one day. It also is well constructed enough, because I dropped it once and it did not break.(See update below) This is a fairly important test for me since I tend to drop my phone on a concrete floor at least once a month. Let's hope I get another invitation in the event that this one breaks, though the initial feedback seems to be quite good.

There are three areas where I'm disappointed with phone and they are as a result of design considerations. The first is that there is no removable battery. I travel a lot, and often need several batteries to make it through the day, or the length of day that I'm experiencing due to time zones. The second major letdown is that there is no slot for external storage. As a marketer, I get why they did that, as it forced me to buy the 64 gigabyte version. However I'm going to have to let a file transfer happen overnight from my old phone to my new phone.

The third major letdown with this phone is that there is no NFC chip, no I'm not entirely sure this is true. There are two metal posts on the phone and two metal contacts on the standard back of the phone. It would not surprise me if NFC was going to be enabled later. Nevertheless, Android pay does not work on this phone. I'm not sure that's a terrible problem because in San Jose most of the NFC terminals at checkout registers don't work anyway.

I'll come back in a couple of days.

I have a gripe or two about the power usage and the battery of the OnePlus Two phone. First, there is no removable battery. Let's be clear, I use my phone a lot. Why use it for email, my calendar, my media consumption, my newspaper reading, and so on. As a result it's easy for me to run out of battery fairly quickly. For the last two years, as I have said, I've had a Samsung Galaxy Note 3. I augmented it with a Zerolemon battery case, which had something on the order of 10000 milliamp hours of battery. Before that I had three of the standard batteries that I would use one after the other during a single day. It must be said, that the downside of the note 3 battery was that you had to have a Samsung battery with the NFC chip in it for NFC to work. My second major gripe about the power use is that the battery that they have on the phone is relatively small.

Related to power, but not quite, is the use of USB-C connectors. I understand the attraction to the connector, because it's reversible and also very fast. However, it is an extremely new connector. So much so that they had none of them in stock at Fry's. We all know that Fry's is the arbiter of what is cool in technology, at least for consumer technology.

Lack of an external memory card slot is annoying as well. I had to set up a small FTP server on the phone to do the bulk transfer for the files I needed from my old SD card.

I will say that it did pass the first round of durability tests. I have dropped it twice onto a tile floor and nothing appears remotely loose and the screen didn't crack. But this doesn't wholly make up for the shortcomings.

In conclusion, the OnePlus Two phone is not perfect, but you can't beat the price, and the freedom of not being tied to a carrier. The phone is really fast, and going down to a 5.5 inch screen, from the Note's 5.7, was not a problem. I would recommend this phone to someone who wanted a phone off the beaten path with stock(ish) Android. We'll see how long it lasts. And lets home
Posted by Bill Roth at 7:00 PM No comments: