Many people know I am on the boards of 2 great charities, Sacred Heart Community Service and also Gardner Heath Services. I also do work with my friends in Grupo de Solidaridad with Catholic Charities. Attached are some resources I know about.

These programs are building waiting lists:

Our Lady of Refuge: Food distribution on Tuesday nights from 4pm to 8pm. Currently drive up.
Saint Martin of Tours: See below. 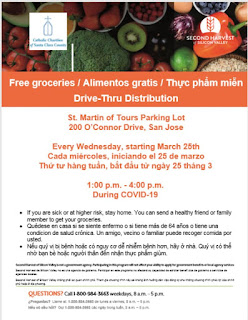 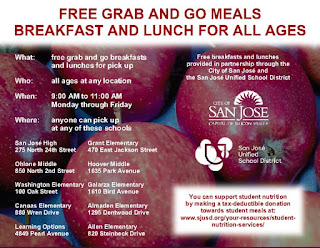 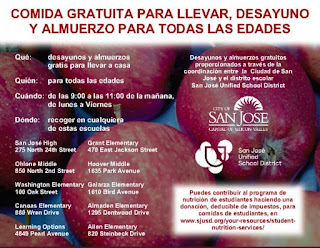 Information on the Eviction Ban

In the past, I have published my thoughts on the various candidates and measures on the ballot. This year is no different.

Note: Thinking that primaries don't matter, and that you don't need to vote? WRONG. There are a number of important measures not related to the presidential primaries that you should consider, especially if issues like housing and homelessness are important to you.

I am torn here, and really don't have a favorite. There are still a few candidates who have dropped out who are still on the ballot, like Castro and Booker(sob). I'll likely vote for Biden/Warren/Buttigieg. For the record, I'll vote for whoever the nominee is.

These are the voting members of the local party to get to go to the state convention, and vote on things like endorsements. When you here "Local party endorses candidate X", its these people that vote. There are 6-9 slots per Assembly District. I'm in AD 28. The people I know and am going to vote for include:
All are long term progressive activists. You get to pick 6, but you don't have to.

Zoe Lofgren. No question. She's a decent, hard working public servant and House Impeachment Manager. I'm so proud to be represented by her.

No idea. But all the judges on my ballot are running unopposed.

Ruben Navarro. A local activist. Dev Davis has been hostile to spending on housing and homelessness, and is a "former" Republican.

Yes. Look, I don't like spending on bonds any more than the next guy, but this is the only way to get around Prop 13 and to ensure we improve California Schools.

Yes. This is an added tax on luxury home sales which will be applied to help housing and homelessness in San Jose. Please vote for this.